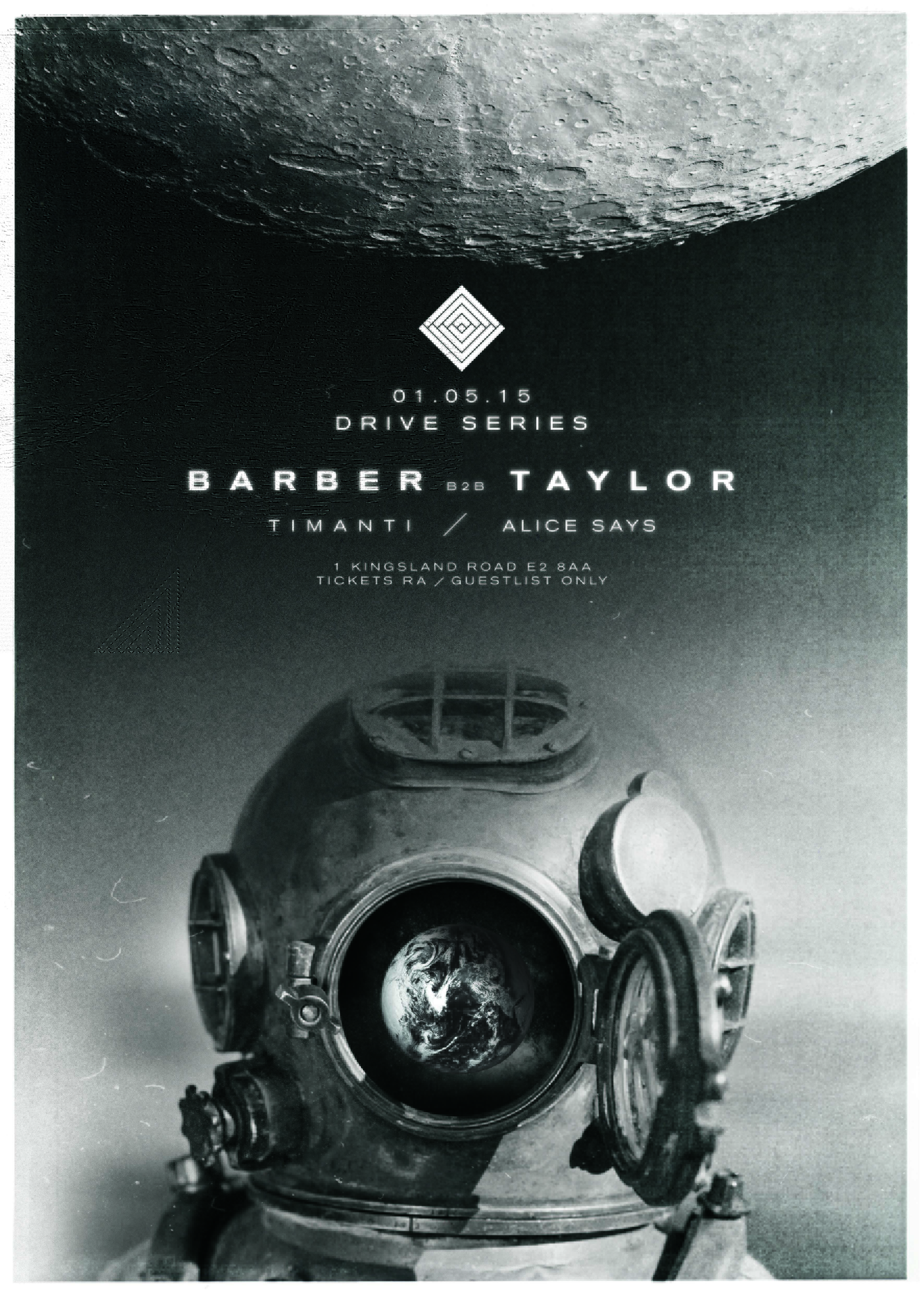 Secretly nestled in a private loft space in the heart of Shoreditch you will find the DRIVE SERIES pushing the boundaries of the clubbing experience. Curated by London based DJs / Producers Timanti & Alice Says from their mutual love of worldly-influenced dance music and interactive clubbing, the night promises a ‘house party vibe’ along with exceptional sound and visual design in an intimate venue. Working with a team of some of the most forward thinking creatives and a carefully programmed line up to resonate with the distinctive DRIVE sound!

It is our humble pleasure to invite highly talented DJs / Producers Barber and Taylor to headline with a special first time ever back to back set! Both have established themselves as in-demand DJs on the London and international clubbing circuit.

Barber is the charismatic co-founder of Faceless Recordings, with releases on OFF Recordings and Nurvous Records. With forth coming material on London’s Phonetic Recordings, Cubism Recordings, and Italy’s Go Deeva Recordings. Hotly tipped by Tribal Sessions’ Darius Syrossian and other tastemakers, 2015 is set to be a pivotal year for Barber.

Taylor has released material on Steve Bug’s legendary Poker Flat Recordings, as well as KMS Records, Get Twisted Records, Love Not Money Records & Whartone Records. He has performed guest sets at Studio 338, Pacha London, Ministry of Sound, Egg, Lightbox & XOYO, and is set to headline the Abode stage at We Are Fstvl 2015!

Having recently supported Hannah Wants on her UK tour and receiving tastemaker support from Todd Edwards, Tensnake, Breach & more for her debut EP ‘This Time‘ on vinyl label Nixwax she has defined herself as more than just a skilled DJ. With an exciting summer of festivals planned including Gottwood, she’s one to keep your eye on!

Bursting onto the scene after DJing at the 2012 Olympics, Alice Says has regularly played iconic venues such as Ministry of Sound, Lightbox, and Pacha London as well as residencies at Rhythm Factory and McQueen. With a growing focus on production and original material set to be released in due course, the year ahead is set to be big!

The DRIVE SERIES philosophy is simple: to push the boundaries of the clubbing experience with forward thinking music and an experiential, feel-good atmosphere.

DOOR POLICY
Please be aware ticket or guest list does not 100% guarantee entrance. Management reserves the right to refuse admission to anyone they feel is not right for the vibe of the party.