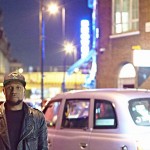 London based Taylor, has been djing for many years on the London circuit, with sets at the likes of Pacha London, Ministry of Sound, The Egg & Lightbox, as well as guest appearances abroad, which include Czech Republic, Greece, Poland & Ibiza. Taylor recently scored Top Ten success on Beatport’s House Chart, with fellow Londoners […]

Benedict Jackson is a 21-year-old DJ and Producer from South London. His debut EP, on Real Nice Recordings, dropped in the middle of last year, gaining support from Eats Everything, Waifs & Strays, Rob da Bank, Jody Wisternoff and Eton Messy, amongst others. With several other remixes to his name, Benedict is gaining momentum, with […]