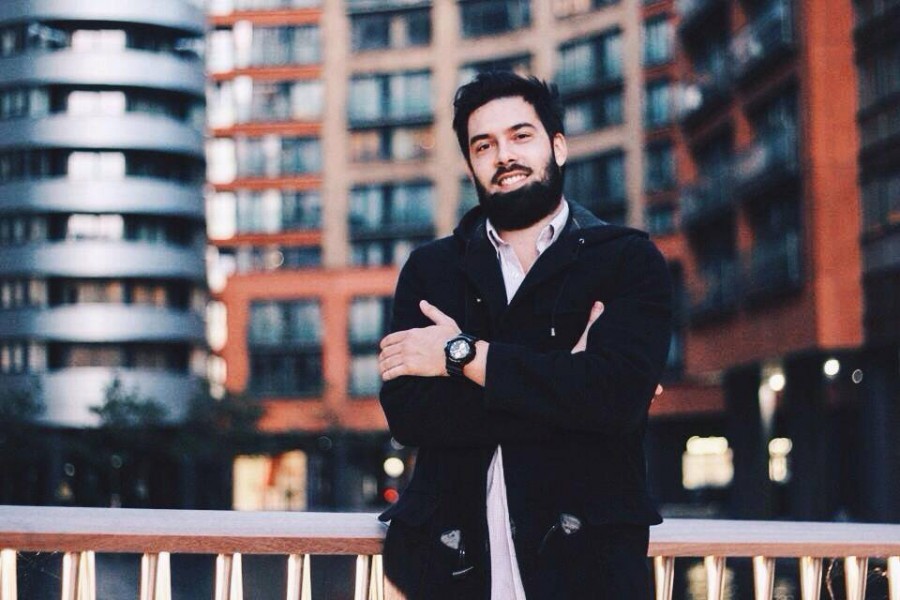 DIAMOND BASS is a music producer from Lisbon, Portugal.  Currently based in London, UK, takes with him the underground sound of Lisbon rooted in the Angolan Kuduro brought by Portuguese ex-colonies into the heart of the city.  Signed in 2011 for Enchufada the label of Buraka Som Sistema.
Supported by the likes of Ministry of Sound, Annie Mac, Sinden Tv, Kiss Fm, URB,CLASH music, XLR8R, Vice, MAD DECENT, Ginga Beat & Red Bull having played in London (Xoyo, Plan B, Lightbox), Barcelona (Sala Apolo), Hard Ass Sessions(Lux,Lisbon), Optimus Alive 2010\2011 Mexico (Club Rodhesia ; Brixton),Holland(Dance Valley),Switzerland(Le Zoo), Paris(Social Club) he’s definitely one to watch out for:

As another year folded over, we stopped by for a quick chat with Joel Aka Diamond Bass to find out the roots of his music and a quick history lesson on Kuduro…

So, tell us.. how did it all begin?  I guess like most producers I got into dj first.  I started by playing small venues in Portugal, mostly in Lisbon, but I got bored of playing other people’s stuff, so, after 2 years as dj I decided to change into a more personal sound and start producing my own blend of kuduro and house beats on ableton and FL studio, and there was that.

Where are you based? Currently I live in London.

Tell us about your production setup. What piece of gear couldn’t you live without?  I really don’t have much of a complex setup just the laptop and a small pad of keys that’s all..  Most of the music I do is based on drums so I spend hours on those guys try to arrange the sounds.  And because I never learn how to play an instrument before.. there’s really no need for a fancy keyboard or machinery because In my hands would just be a waste.

Tell us about Enchufada?  Enchufada was the label that really started things for me.  Before that I actually got couple tunes signed in labels from Germany and US but wasn’t until the direct contact with Buraka Som Sistema that I decided to go forward with my project and actually release my first Ep.  Releasing tunes is great but I guess it makes the diference when you find a label that actually believe in your body of work, stands for your personal take on things and give you constructive critics regarding upcoming material.  So since 2011 we’ve been releasing originals (2 Eps and one single), and the next one is coming in 2015.

For someone that has never heard of Kuduro, how would you describe it?  I would say it’s a forward 140 bpm vibrant ghetto music, originally created in Angola (Portuguese ex-colony) in the last decade of the civil war.  Since that time it has evolved a lot until the 90’s were it started to have an expression in clubs around Portugal, Switzerland and France, and today reaches far beyond that.  Apart from the main genre there is also other forms of Kuduro-related music, like Tarraxa, Zouk, Kizomba, Afro-house, etc.

Bottom line is energy filled beats to release yourself in the club.

Favourite gig you’ve played at in 2014 & why?
Def I would say the one I played in Romania!  It wasn’t a big venue or anything like that, but it was the first time that a person came to me in tears saying thanks for the set..  After I found out that the tune that hit that person was ‘Do Your Think You’Re Better’ (self released in 96 and re-released in 2013 on Principe Discos) by the Portuguese producer Dj N.K., one of my favorite Kuduro producers in Lisbon. It was the first time I played that one but ever since that moment has been on my sets for obvious reasons.

What DJs/ Producers do you rate at the moment?
Now im very interested in Marfox.  I was already a big fan of his music before, but his work is really getting peoples attention now since last year and he not only promotes his own stuff but is doing a great job in getting new amazing talented kuduro producers from the Lisbon suburbs into the spotlight so I admire him the most now. As well theres Nigga Fox, Kking Kong and Dilemas all from Lisbon area producing kuduro related music each with theyre own signature.  So I guess im very proud of the new music wave that is coming out of Lisbon at the moment.

Out of all the tunes you have, which one ‘never fails?
I guess I would say ‘Ritmo do meu flow’ from Flow 212..its such a great piece of music!  Actually I drop the Mastiksoul remix of this one because is more dj friendly, and if dropped in the right moment of the set kills every time.

How do you like to spend your time when your not doing all of the above?
I am a huge fan of documentaries and interviews so I would spend a lot of time searching for these topics online.
Also cocktail lover I enjoy go out for cocktail bars whenever I get some free time, and my newest interest is to buy all the ingredients and do them at home!  Outside these 2 I enjoy the standard quiet walk in the park, London doesn’t have great weather conditions but at least has a excellent offer in what comes to parks, I love this, my favourites are the Holland park and St James park to see the animals.

If you could be anywhere in the world right now where would you be?
Anywhere with sun and good wine!

Finally, what advice would you give to up and coming DJs/Producers? For those up and coming Djs | Producers with original ideas: I would say don’t rush and try to find a label\s that really suit your music, invest time to check what comes natural for you when making a beat instead of what’s cool in the club right now, and finally try to relate with people that are in the same brain wave! Pushing music forward is not making it louder.. is to create something different.  Doesn’t have to be 100% apart from everything else, but make sure others will be able to identify it as yours without checking the name of the artist written on the file.